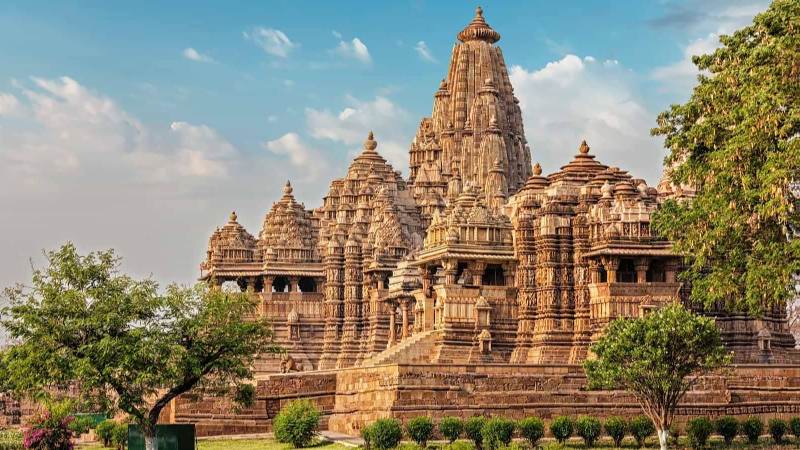 The first day starts with the arrival in the beautiful and historical city of Gwalior. The city reeks of royal splendor through every corner and there so many remains of the bygone era that will remind you about the glorious history the place once had. Rest for a while and then get out of the hotel in order to witness some monuments such as the Gwalior fort, Jai Vilas Palace, and the museum. The remaining part of the day will be spent on the things you like. You could find a place to eat or a park to sit down and relax.

On the second day, we started early and reached Orccha and loved the famous temples there. Sunrise and sunsets are not to be missed.

Day 3 was planned for the famous Khajuraho, where you can get a glimpse into the lives of ancient Indians and how they lived and survived in those deadly circumstances. At the Khajuraho temple complex, a show full of light and sound takes place is good food for thought. One day a Khajuraho, we moved to Bhedaghat.

Bhedaghat is a town and a Nagar panchayat in Jabalpur district in the state of Madhya Pradesh, India, situated by the side of river Narmada which has all the essentials to spellbind you. The place is famed for its splendid marble artifacts. As dusk descends, these marbles seem to glitter in the moonlight which is no less than a blessing to watch.

At Bhedaghat, you should visit the picturesque and spectacular Dhuandhar which is a famous attraction at Bhedaghat, 30 km away from Jabalpur. The white water knocks down to form a gorge known as the Marble Rocks. Localities visit this place as a popular picnic spot and it is also a popular destination surrounded by evergreen trees and shrubs.

The lush greenery of the forested regions that are incredibly the natural home for a variant of wild species, that is what all Bandhavgarh National Park is about. A magnificent trip to Bandhavgarh will let you catch amazing glimpses of the majestic creatures which is a simply incredible sight. With safari options in Bandhavgarh, you can enjoy your trip in a very organized way.

This was the last stop of our itinerary, and we planned to spend in the beautiful hills of Pachmarhi.