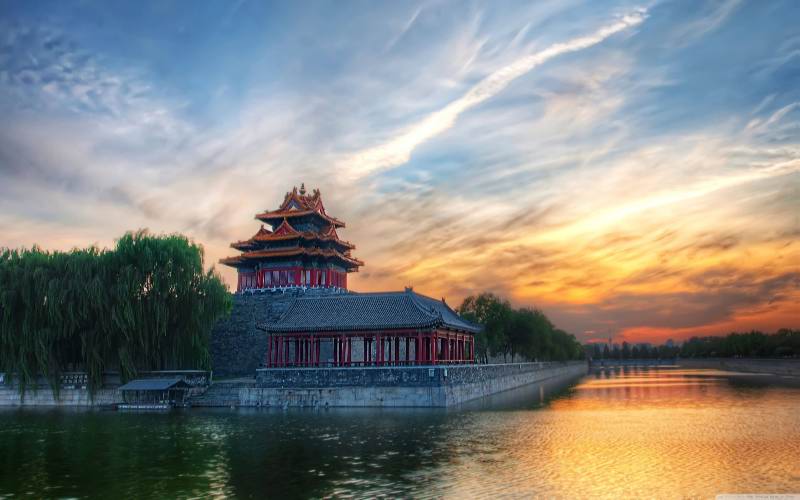 Travel China and explore its towering mountains and dramatic landscapes that make up China wealth.

Day 1 : Beijing
On arrival at the Beijing international airport greeted by the tour representative and would be escorted up to the hotel. Evenings will be free at leisure, one can freak out in the nearby markets or can just relax in the hotel room.

Day 2 : Beijing
Morning you will be taken in the luxury coach for the sight seeing tour of the city. China tour visiting you the colossal Great Wall of China - the landmark of China. It is one of the most amazing feats of human labor. After lunch, a drive past to the Ming Tombs and the Sacred Way with giant marble figures and animals guarding the tomb area for deceased emperors of Ming Dynasty (1368-1644AD, one of the most captivating sights. Over night at the hotel.

Day 3 : Beijing
After a sumptuous breakfast, China tour start to the Palace Museum- known as the Forbidden City; the complex of imperial palaces are home to the emperors for over 500 years in the Ming and Qing dynasties. The museum in the palace is the most spellbinding sight and will generate a awe in you. Then visit Tiananmen Square- known as the largest public square in the world.. After enjoying a typical Chinese cuisine in lunch, you will be driven to the Summer Palace- a former summer resort for the royal family. Enjoy a boat cruise on its Lake Kunming. Dinner holds some specialties of Chinese cuisine, enjoy the delicious Beijing roast duck dinner. Night at the hotel.

Day 4 : Beijing - Xian
Morning holds more excitements for you. You will be taken to Temple of Heaven - a royal shrine of the Ming and Qing Emperors. It is the largest temple complex remaining in China today. After lunch, you will be flying to Xian, in about 2 hours you will be right there in the great ancient capital and the eastern end of the Silk Road. Enjoy the small city tour of the ancient City Wall, one of few well-preserved ones in China while driving to the hotel. Over night at the hotel.

Day 5 : Xian
This eye-popping day of sightseeing will include the Terra Cotta Warriors and Horses at the Tomb of Qin Shi Huang- the first Qin emperor, the sight will definitely leave you wondering that how these human hands are so much capable of creating such a masterpieces. The other attraction is the Bronze Chariots. Post lunch sites includes the Big Wild Goose Pagoda - built in 652 AD. The site stores numerous Buddhist scriptures obtained from India by one of the monk named Xuanzang, Afternoons will at leisure, enjoy the shopping from some of the busy markets of the area.

Day 6 : Xian - Shanghai
China tour will start by visiting Shannxi Provincial Museum a great place to explore the cradle of Chinese culture. After lunch at a local restaurant, you will be transferred to the airport for a two-hour flight to Shanghai, a cosmopolitan, bustling and heavily populated city in China. You are free for the remainder of the day.

Day 7 : Shanghai
Your sightseeing this morning features a tour to the Jade Buddha Temple. After lunch luxuriate in the Yu Garden - one of the ancient areas in the city. Have a walk along the enchanting waterfront known as the Bund. Evening holds a surprise for you, there will be an acrobatic show that you have never seen before with full of stunts.

Day 8 : Shanghai- Guilin
Pay a visit to a Shanghai Museum - one of the biggest museums in China. You will be wonder struck at the rich collection of artifacts inside the museum almost about 120,000 pieces of cultural relics. Post lunch you will be flying to Guilin- a city known for its exquisite panorama, the breath-taking pointed peaks, the meandering blue waters and the limestone rock formations, all are enough to arouse a awe in you. Evenings are at leisure, you can enjoy the recreational facilities offered by the hotel or can freak out around the market.

Day 9 : Guilin
A magnificent boat cruise waits for you on the river Li along with the mouth-watering delicacies. Explore the astonishing beauty and scenery surrounding of the lake. Lunch will be served on board. Visit Disembark at Yangshuo- a small town, shop the antique items and other art and craft items from the local markets of Guilin.

Day 10 : Guilin/Departure
Morning after breakfast, you will be visiting to the Reed Flute Caves, one of the most egregious underground scenery. Enjoy climbing up the Fubo Hill for a splendid vista of the city down. After lunch, transfer to the airport for departure to your onward destination.

The province of China is extended over a vast land, thronged with the largest population of the world. The region also enjoys the status of being one of the oldest civilizations, since then numerous religions grew and flourished in this ancient world.

China is immensely popular for its rich art & culture and forms a great part of the countrys rich heritage. Chinese society has outstandingly contributed in art and culture in the form of its traditional opera, martial arts, paintings, pottery, sculpture, calligraphy, painting, carving and others that are the age-old forms of expression in Chinese arts.