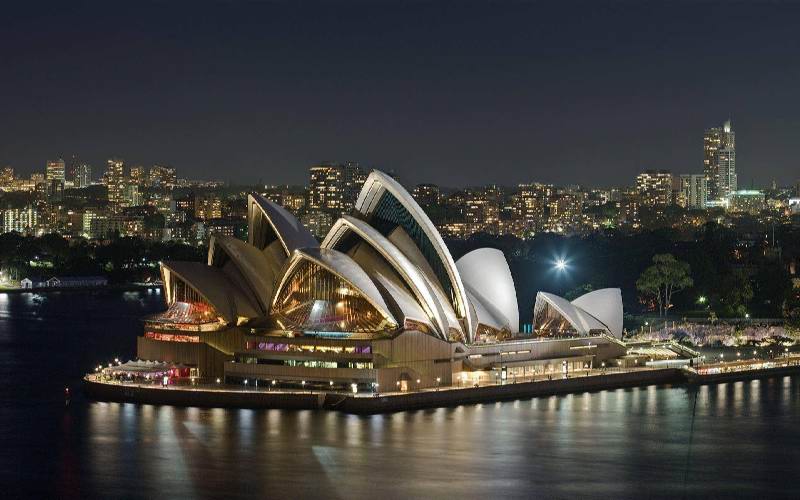 Australia, officially the Commonwealth of Australia, is a sovereign country comprising the mainland of the Australian continent, the island of Tasmania, and numerous smaller islands. It is the largest country in Oceania and the world's sixth-largest country by total area.

Australia is one of the top-rated destinations among the travelers who are looking to travel in groups and then there are honeymooners wanting to enjoy out-of-the-world locales. Your tour will start from the vibrant city of Melbourne, take you on a fun road trip down the Great Ocean Road and show you wonders of the sea in the Sea World. Enjoy the multicultural vibe of the Land Down Under with its pristine beaches, rich heritage, and amazing coastal experiences.

Arrival in Cairns. Visit Cairns city center and its lagoon (an artificial pool that simulates a beach). Take a walk through and have dinner at the Cairns Marina. Night in Cairns.

Day trip to the Great Barrier Reef by catamaran, stopping in three places for diving and snorkeling. Return, have dinner and spend the night in Cairns.

Day 3: From Cairns to Cape Tribulation

Walk on one of the gangplanks through the tropical jungle of the Daintree River. Take the rental car down to Cairns, passing Mungalli Falls on the way. Night in Cairns.

Fly to Ayers Rock. Rent a car to visit Kata Tjuta (The Olgas) and hike its trails. Before sunset visit the sacred mountain of Australian aborigines: Uluru. Night in Ayers Rock.

Day 7: Return to Ayers Rock and flight to Melbourne

Return to Ayers Rock and fly to Melbourne. Arrive at the hotel and go for a walk in the city. Night in Melbourne.

Walkthrough the city visiting the center, the alternative neighborhood of Fitzroy, and the Italian district of Carlton, brimming with charming restaurants for dinner. Night in Melbourne.

Rent a car to go from Melbourne to Port Campbell on the famous and spectacular Great Ocean Road. On the way, stop at one of the famous beaches for surfing. See the Twelve Apostles cliffs. Spend the night in the fishing village of Campbell.

Return to Melbourne on the interior highway. Stop in the town of Winchelsea or at a winery. Visit Santa Kilda, one of the hippest neighborhoods on the outskirts of Melbourne. Night in Melbourne.

Day 11: Return to Ayers Rock and flight to Sydney

Visit Santa Kilda, one of the hippest neighborhoods on the outskirts of Melbourne. Flight to Sydney. Arrive at the hotel and go for a walk in the city. Night in Sydney.

Visit the Opera House. Take the ferry to Manly Beach crossing Sydney's impressive bay. Go for a swim at Manly Beach. Visit the historic center of Sydney (The Rocks). Night in Sydney.

Go for a swim at Bondi Beach. Rent a surfboard or take a surfing class for beginners. Walkthrough Chinatown and have dinner. Night in Sydney.

Trip to the airport. Flight back home.

Australia is a highly industrialized country. It is a safe country any traveler should choose to visit. Australian cities and towns have lot of things to offer all year round, too. They have beautiful scenery, pristine beaches, botanical gardens and wonderful natural resources for people to explore and appreciate.

There are thousands of national parks and other conservation reserves in Australia. They are  a huge variety of environments - from deserts to rainforests area, and from coral reefs to eucalypt woodlands. Only a few national parks are managed at a national level by the Australian Federal Government. Most parks and reserves are conserved by government agencies in each of Australia eight states and territories.

Delve into our cities and their cultural attractions, including big Australian art galleries such as the Art Gallery of NSW and the Gallery of Modern Art Brisbane. We will tell you where to find the biggest contemporary art gallery in Sydney and that must-see Melbourne art gallery.

Experience Australia's cities during their major arts festivals, which showcase local and international theatre, dance, visual arts, music, food and wine and more. Join Sydneysiders on the streets for the Sydney Festival and maximize your cultural immersion at the Melbourne International Arts Festival. Watch fireworks over the Brisbane River during the Brisbane Festival and live it up at the Adelaide Festival, one of the world greatest arts events.